Mr. Andro Barnovi is a founder and wine maker at Wine Artisans, which is natural winery and wine association located near Gori, Georgia. The winery has quickly become known for the quality of wine and large variety of experimental blends, but also for the wine maker with an odd background. A former Governor of the region where he now works with grapes, creator of the National Defense Academy of the country, Head of Administration of the outgoing President Saakashvili, Dean and initiator of loud reforms in Tbilisi State University, Georgia's first representative in NATO defense educational structures, and earlier a well known civil activist and even earlier the military officer for several years, who quit it all abruptly in 2016 to spend all his time in the vineyard - no doubt attracts attention of wide public.

Andro has a 21 year background of very active participation in reforms of Georgian public and civil sector. While specialized in defense and security, business consultancy, information policies and institutional development, he had worked on leading positions in various public agencies including the Administration of the President, the Ministry of Defense, Joint Staff of Armed Forces, Parliament, civil sector and academia.

In almost all of these capacities, he has been working on higher managerial positions, dealing with sector-wide or nation-wide reforms. Due to his multi-related background, Andro has developed an in-depth understanding of the situation in entire public sector; has developed close personal contacts and spirit of cooperation with the representatives of various public agencies, independent experts, politicians, civil activists, and he is himself well known to Georgian public through his wide-ranging publicity during several years. In the past, Andro has proved to be a principled civil activist himself, with strong liberal democratic platform and ability to withstand popular pressures when it comes to defending values of statehood and democracy. He is a founder of the "Movement for Independence and EU Integration", and the founder of "Civic Reformation".

Andro’s experience in institutional capacity building is exceptional. Since July 2011, he was made Deputy Defense Minister of Georgia in charge of education and training, personnel policy and analytic direction. At the same time, he kept the position of the rector of National Defense Academy of Georgia (NDA) where he worked from November, 2011, and was responsible for the creation of the Defense Academy from scratch. Under his direct guidance, the academy incorporated entire officers' education system while making up the "sandwich model" of interchangeable service and education during officers' entire career. A 4-yr Cadet Bachelors College, Captains Career School, Command and General Staff School and the School of Advanced Defense Studies were all made parts of NDA under his supervision and management. NDA started to operate according to Bologna process rules and its declared mission was identified to make the defense education an effective tool for regional cooperation, while inviting officers and civilians for education in NDA.

During 2005-2006, he served as executive director of the newly established Institute of Strategy and Development (STanD) and as its managing chair of board since 2006. Later, STanD became a respectable organisation, which is consulting various public agencies, incl. Ministry of Defence, State Minister for Reintegration, National Security Council, Ministry of Science and Education, various political parties, SMEs, Civil Society organizations etc.

Andro’s earlier experience includes very intensive work for Defense Sector reforms in the capacity of chief of staff of the Defence and Security Committee of the Georgian Parliament, and earlier as member of “reformist group” at the Deputy Defence Minister and head of Defence Policy Department within the General Staff. Programming, planning, and budgeting system (PPBES), defence restructuring, personnel reduction, drafting of strategic documents and harmonization of security sector’s legislature with the EU model has been his main sphere of his occupation during this period

Chairman of the Board

Head of the Administration

Administration of the President of Georgia

Managing Chair of Board

STanD - Institute for Strategy and Development

General Management of the Institute, incl. the following departments:

Lecturer on MA and PhD Faculty

- Anthropology of Conflict and War (MA)

Lecturer on MA and BA courses:

Chief Advisor to the President

·Planning and Holding Negotiations with Individual and Business Unions Representatives;

Parliamentary Committee on Defence and Security

·Supervision of proceedings in the six national power agencies

·Budgetary supervision/ formulation of the so called PPBES budget

·Coordination with the Chairmen of the Committee

·Coordination with the chief of the Parliamentary Staff

Some highlights of the accomplishments:

.        Prepared the comprehensive document on corruption issues in the national defence system of Georgia

Department of Treaties and Law

In cooperation with RAND Corporation 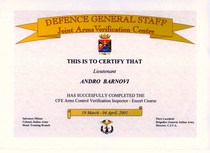 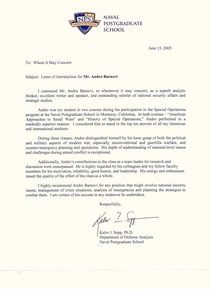 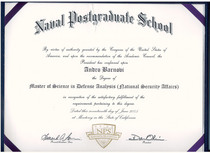 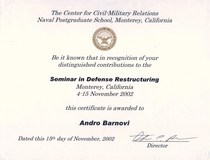 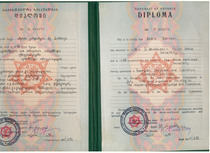 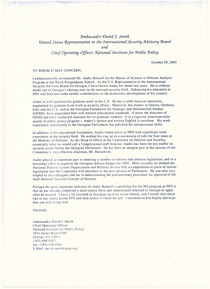 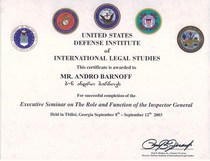 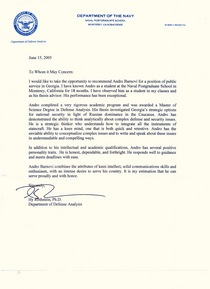 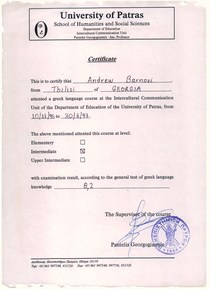 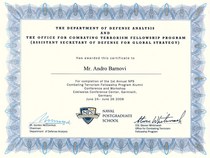 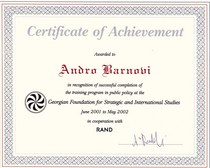 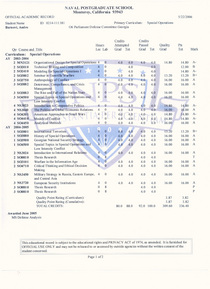